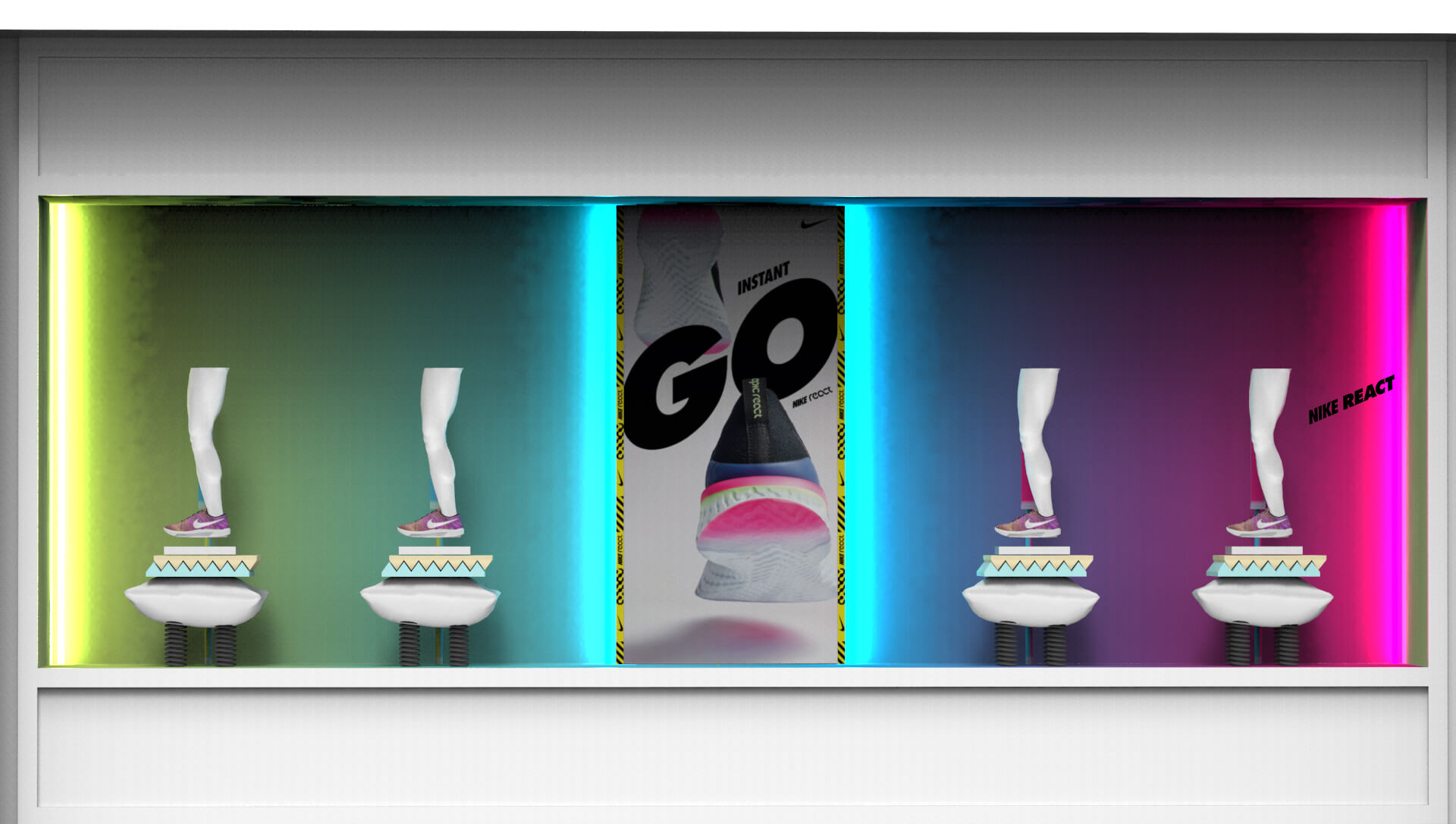 Nike’s React commercial is a series of videos featuring the launch of a new revolutionary foam used in Nike React shoes’ sole. The shoe and its material are tested in an extremely automated laboratory where a robotic arm explores and measures the possibilities of this product.

The automated and fictional landscape showed in the advertisement are the main inspiration for this concept and design proposal.

Our proposal is to design a dynamic and automated window inspired by the advertisement released for the new Nike React.

The idea is to show a recognizable element, such as the pile of pillows and foam featured in the commercial, and bring it live.

The interior we propose is an attempt to immerge the customer into a soft and elastic environment, suggested both by touch and sight. 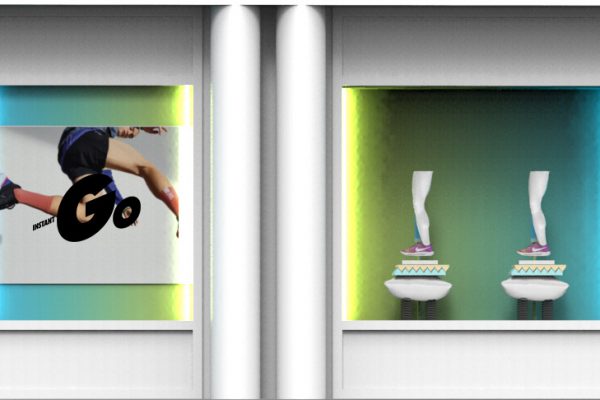 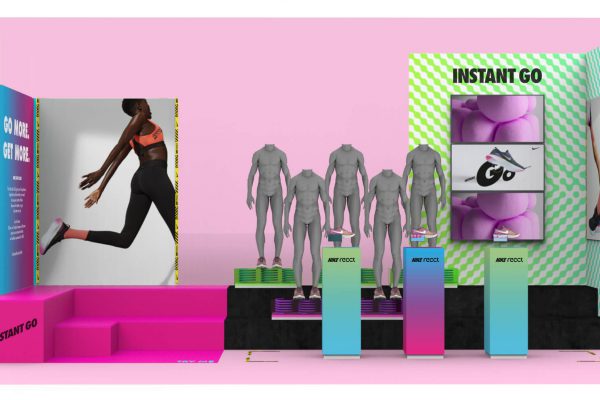 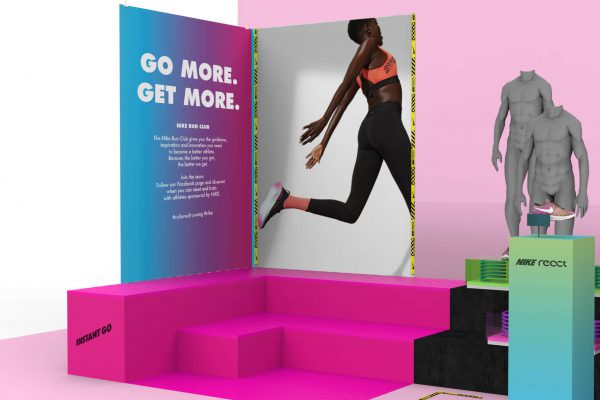 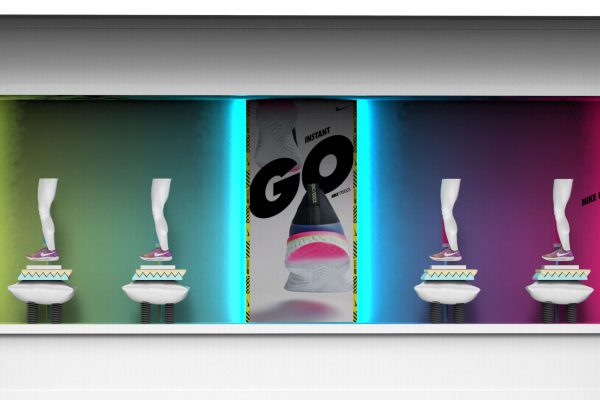 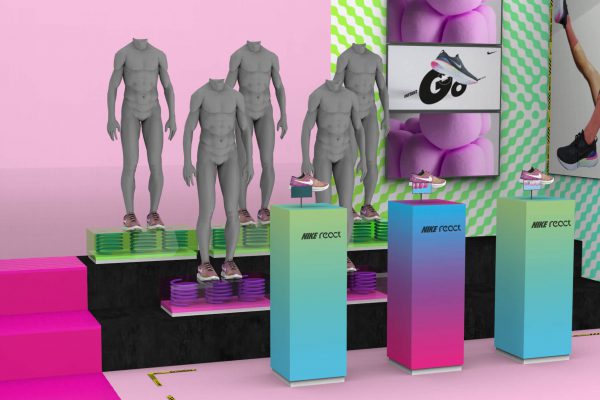 I'm an interior, graphic, and research designer. I got my bachelor's degree in interior design in Politecnico di Milano in 2014. After, I worked as an intern for Michael Bihain's Architecture and Design Studio in Brussels. I got my master's degree in MIARD (Interior Architecture: Research + Design) in 2018. I'm currently living in Rotterdam (NL) and working as freelancer and for Hola Studio. 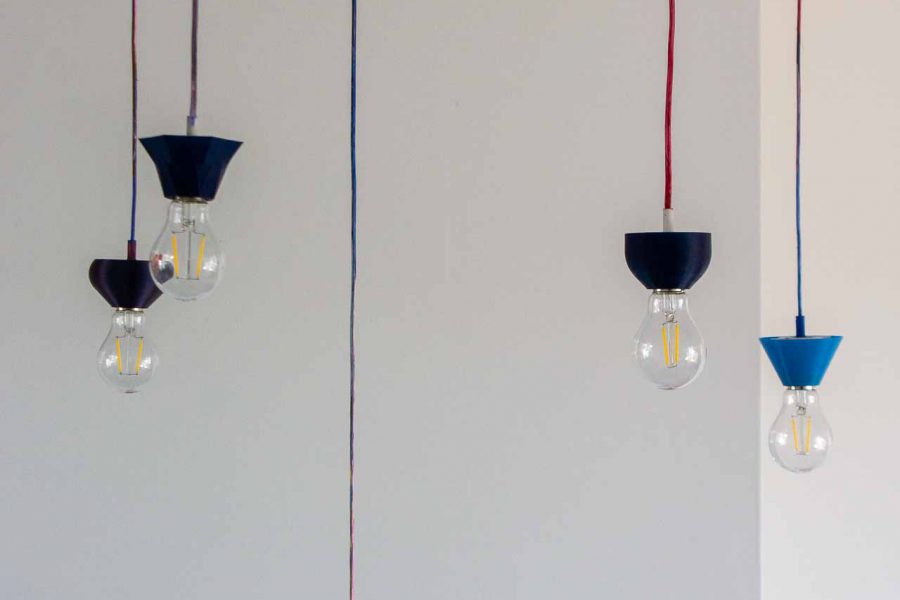 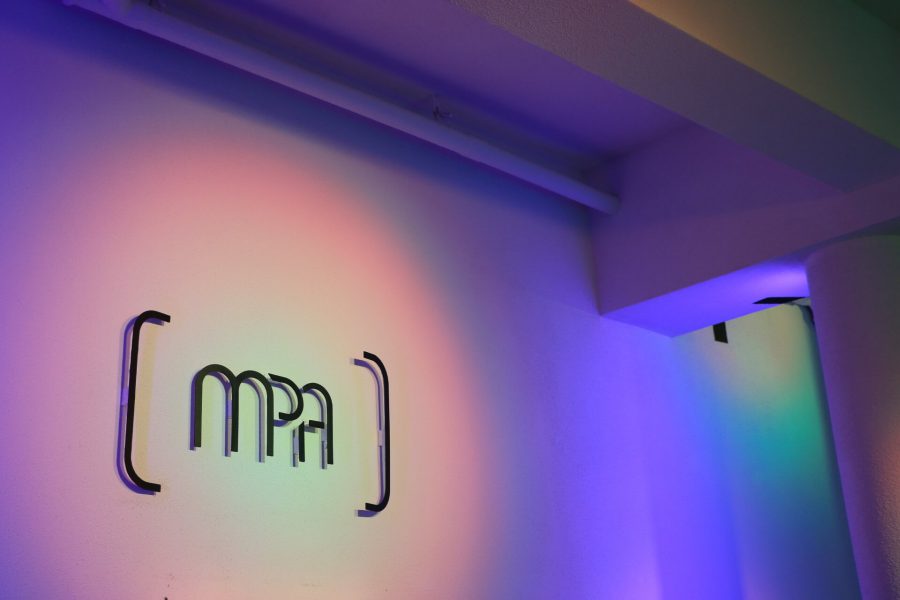